Accueil » The sense of taste

The sense of taste

Taste and gustation : “taste” is not what we think it is.

The sense of taste is generally thought to be limited to the mouth. As mentioned on the page “Taste”, on “Parents’ side”, when we chew food, we release sapid products (which have “taste”) and volatile products. The palatable products are perceived in the mouth. These are in particular the “prototypical flavours”: sweet, salty, sour, bitter. The volatile odorous products go up through the back of the throat (the retro-nasal route) and are perceived by the olfactory system in the nose. If we close the “chimney” of the nose, we suppress the olfactory dimension which constitutes the major component of the sensation of “taste”. So much so, that when one’s nose is blocked, one says that what one eats has no taste. This is why in the following we will use “gustation” for sensations in the mouth. The human species is perhaps the only one with such a short retronasal pathway, which may explain its interest in gastronomy (Shepherd, 2012).

A third chemosensory system is the trigeminal nerve. This innervates the whole face but in particular the oral and nasal cavities, as well as the eyes. It is this system that makes us cry when we peel onions because it is sensitive to irritants, but also to the temperature and texture of food.

It should be noted that the nerve pathways for smell, taste and the trigeminal nerve are different. The perception of taste is only formed in the brain when these three sensory pathways come together. And it is the combination of olfaction + gustation + trigeminal nerve that we call “taste”.

Look at your tongue in a mirror. Its central part is covered with filiform papillae. They are abrasive and help to knead food and also give information about its texture.

On the edges of the tongue, at the front and sides, are the fungiform papillae. These are difficult to distinguish with the naked eye, but are tasty. Further back, still on the sides, we find the foliated papillae, also tasty. Finally, at the back of the tongue, just as it plunges into the pharynx, there are 7 to 9 large caliciform taste buds which form a “V” shape.

These last three categories of papillae, which vary in number (2,000 to 10,000), house the taste buds (we should say “gustation buds”!). These are the ones we are interested in because they each house a few dozen taste sensory cells.

The taste buds are established during foetal life, around the 6th-7th month of pregnancy; later, the baby swallows the amniotic fluid, as shown by ultrasound images (Van Woerden et al., 1988).

Note that papillae are also found on the surface of the soft palate, cheeks, epiglottis and upper oesophagus.

There is still, even in educational literature, an erroneous geographical location of the primary tastes (sweet, salty, sour, bitter) at different specific locations on the tongue. This map is now invalidated by the discovery of taste receptors and their homogeneous distribution on the tongue (Briand, 2020). These receptors are proteins inserted in the membrane of taste bud cells. Like all proteins, they are encoded by genes.

[1] It should be noted that some people have at least one bitter receptor gene that makes them hypersensitive (“supertasters”). 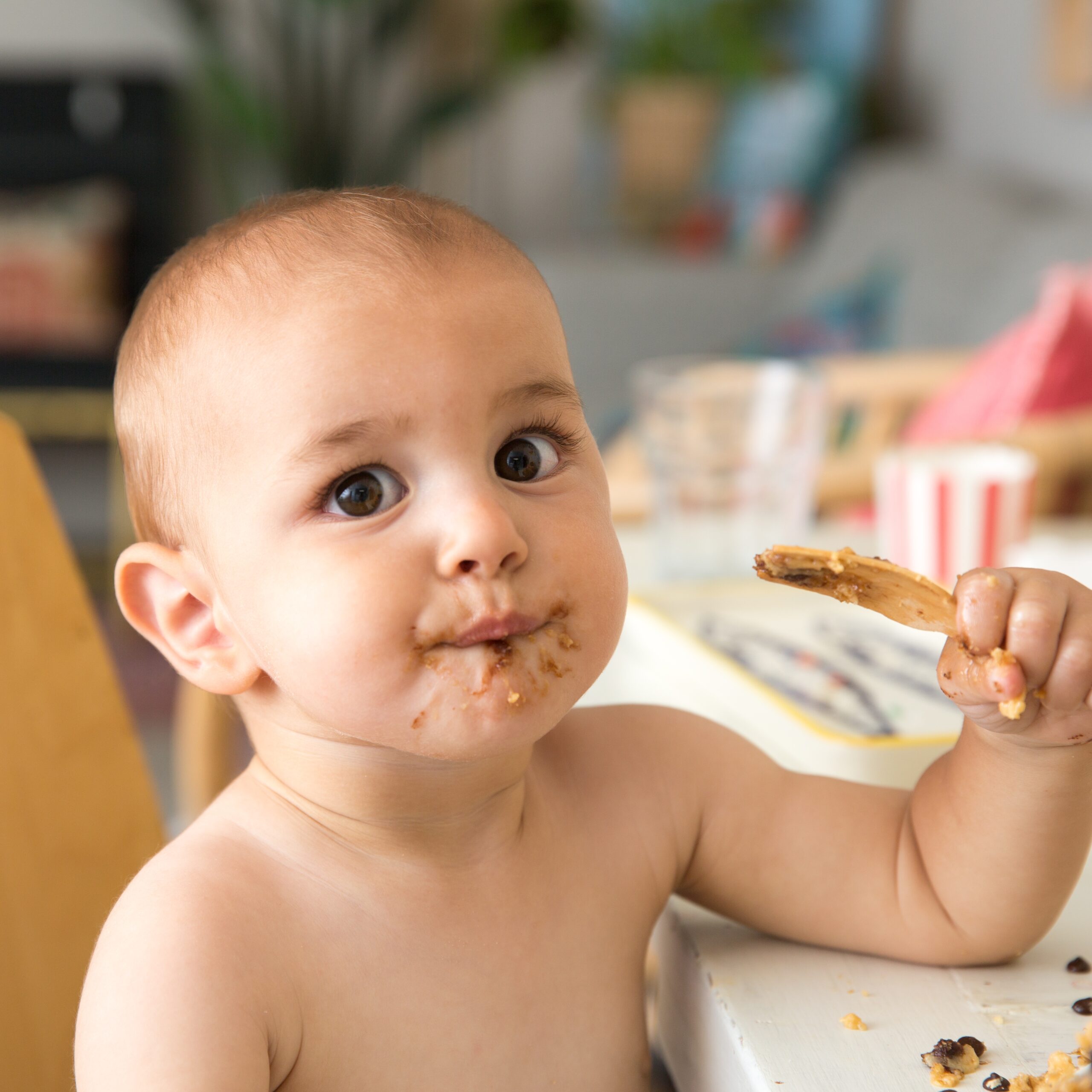 The discovery of gustative receptors is recent, dating from the turn of the century (see Briand, 2020, Salesse, 2022).

These receptors detect, on the one hand, the essential components of the food: water (often forgotten among nutrients), sugars (or carbohydrates), proteins, fats (or lipids) and minerals (salts, the most abundant of which is cooking salt or sodium chloride) and, on the other hand, products that betray a possible corruption or harmfulness of the food: acidity, bitterness, irritants.

The sweetness receptor recognises table sugar (sucrose), sweeteners and sweet products from certain plants such as stevia. The umami receptor (which means “delicious” in Japanese) is the taste of proteins. The fat receptor was discovered by a French team (Besnard et al., 2016).

There is a specific receptor for sodium. Concerning other minerals, it seems that several other receptors are involved.

Acidic products are recognised by a receptor, which is also involved in the detection of water through an enzymatic reaction on the tongue surface.

The bitter receptors are the most numerous (20 to 80 genes depending on the animal species). This is due to the variety of bitter molecules. Many plants use them as defence products: this means that they are repellent, even poisonous. Therefore, one must be well equipped with bitter receptors to avoid them. Unfortunately, some common foods (cabbage, chicory) have a bitterness that is often repulsive to children, even though they are harmless [1]. And it is known that children generally do not like coffee or beer, which are bitter. However, they do like chocolate, whose main component, cocoa, is particularly bitter, because the product is – unfortunately- richly supplemented with sugar.

Finally, the sensory endings of the trigeminal nerve detect irritants (pepper, chilli, alcohol, garlic) but also temperature. Interestingly, it is the same receptor that both detects heat and recognises the capsaicin in the pepper: in both cases, there is a sensation of heat, even burning. The same applies to cold: this time, the receptor triggers the sensation of cold but also picks up the menthol responsible for the fresh perception of mint.

Although everyone is familiar with the flavour of sugar or table salt, we also know (even without the sense of smell) that the flavour of food is complex and is not limited to the traditional four flavours (sweet, salty, acidic, bitter), or even seven by adding umami, water and fat.

To understand it, we need to delve into the taste buds. Each of their taste cells carries only one receptor for the different flavours. So an individual cell is stimulated, one by sugar, another by salt, another by umami, etc. But within the taste bud, these cells interact with each other via neuromediators. As a result, the nervous message that comes out of the taste bud is finely tuned to the composition of food. It is not the simple sum of different prototypical flavours, but a specific composition of the tasted product (Faurion and Montmayeur, 2012).

This is the basis of food recognition. The sensory image conveyed to the brain is imprinted in the taste memory. The taste library thus formed constitutes a durable memory image that is initiated in utero and that will evolve throughout life while serving as a reference for later experiences.

Thus, together with olfaction, gustation is a major medium for the cultural anchoring of food in the human species, where we can distinguish ourselves or come together according to what we eat (Poulain, 2017).

The mouth as a laboratory for food analysis (see Salesse, 2022)

Usually, it is thought that perceptions in the mouth are mainly for the pleasure (hedonism) of tasting ; hence gastronomy. In fact, through the chemical analysis of the ration, the mouth transmits qualitative and quantitative information about its composition to the brain.

The result is multiple and important for health :

Nutrition is of course essential for the survival of individuals, but this function is particularly critical during the development of young people, from foetal life to maturity. And the nervous system is particularly sensitive to the quality and quantity of nutrients. Gustation (and olfaction) are therefore at the forefront of assessing these parameters and promoting good food choices.

Over the past thirty years, research has discovered mechanisms by which, at all ages but particularly during the first 1000 days, the brain sets up metabolic adjustments that will determine the quality of life later on (good health, reasonable weight, mental health, physical and psychological fitness).

Today, we speak of DOHaD (Developmental Origins of Health and Disease), which is translated into French as “origines développementales de la santé” (Junien et al., 2016a).

Under-nutrition during pregnancy would set the metabolic level to what has been called the “thrifty phenotype” : in a way, restriction during pregnancy foreshadows a life of food restriction and the metabolism goes into ‘thrifty’ mode. If too much food is then given, the body stores instead of spending and obesity sets in, with its consequences. But we also observe what seems to be the opposite: children’s obesity is often correlated with that of the mother. Not enough or too much food during foetal life therefore leads to similar effects (Zhu et al., 2019). It is now known that epigenetic marks, whether from the mother or the father or even the grandparents, are passed on to the offspring. It is therefore not only genes that determine our health, but the lifestyles and diets of our ancestors and ourselves (Junien et al., 2016b).

In “olfaction, scientific data”, the effect of initial olfacto-gustative learning for children to eat in a healthy and varied way is reported. This learning is undoubtedly reflected in epigenetic markers that were installed during those years of rapid evolution.

Recently, the Nutriscore system has been introduced to help consumers buy healthy and varied food. It is becoming well known, as are various smartphone applications that can be consulted while shopping. Unfortunately, many advertisements are directed at ultra-processed foods, rated D or E in the Nutriscore. Profit at the expense of health.

The French tradition promotes gastronomy and good food (Champion, 2010). This tradition was recognised in 2010 by UNESCO, with the inclusion of the French gastronomic meal in the heritage of humanity (Csergo, 2016).

The aesthetic parameters involved in this enhancement are based on cultural and sensory learning that is embedded in the brain. When we contemplate a work of art or an olfacto-gustatory sensation, we are only contemplating the image that the brain produces. This image is complex because it is composed not only of the “raw” sensory image generated by the tasting, but also of the individual’s previous memories and their emotional, social and cultural context.

Several areas of the brain that are activated by food appreciation are also activated by the contemplation and aesthetic judgement of works of art recognised as “fine art” (drawing, painting, sculpture, architecture, music, poetry, theatre, dance; Zeki et al., 2020). These areas (in particular the reward system and areas of the frontal and cingulate cortex) are therefore thought to be involved in the aesthetic sensation of pleasure associated with sensory perception (Cromwell et al., 2020).

So let’s take the time to taste!