“5 senses for kids Foundation” was founded to promote multi-sensoriality. If the term sounds unusual to you, it refers to the way we experience the world.

We never perceive through one sense alone. That’s why a bite of madeleine can bring back so many moments from childhood in stunning detail in Marcel Proust’s mind.

You know those sensory experiences : it’s the smell of hot chocolate that sends you back into your memories, the familiar melody of a music box, the touch of snowflakes on your face..

It is by using their five senses that children perceive the world around them and learn to understand it. Things and beings are in essence multi-sensory in nature. The child will associate the information that comes from its different senses. From birth, his brain is prepared and pre-organised for this (see Multisensoriality, Scientific Data), but it is only through experience that he will gradually optimise this process.

“5 senses for kids Foundation” supports any approach that builds on this natural, multi-sensory learning process.

The development of interactions between the senses

At birth, all the senses are not yet fully functional. While humans are generally considered to be a “visual” species, sight is the last sense to develop when the newborn is first confronted with a world rich in colour (and especially light!) Touch however, sight, on the contrary, is one of the first functional senses during pregnancy. The chemosensory senses, taste and smell, become fully functional in the 3rd trimester.

This chronological organisation of sensory development is not without consequences. In particular, the senses that develop first acquire knowledge before birth and then guide the infant through the novelty of the outside world. For example, the mother’s smell and voice are recognised by the newborn and reassure him/her as he/she discovers her skin or face

At birth, babies are usually brought into contact with their mother, known as “skin-to-skin”. During this special moment, babies discover the softness of their mother and the warmth of her skin, recognises her smell or even the beat of her heart

During the months following birth, babies are exposed to numerous stimuli that come from all the senses at the same time. They must therefore learn very quickly to categorise them, i.e. to distinguish between certain information and group others according to their common points. For example, they quickly learns to categorise the different faces to which he is exposed

One might think that learning to recognise faces is a purely visual skill, but in fact it involves other senses! To help the visual system categorise faces and recognise familiar individuals, the infant’s brain relies on sensory cues that it is more familiar with, such as the mother’s voice or her body odour. This integration between the senses facilitates, among other things, the development of increasingly abstract categories that will provide a foundation for future conceptual and language acquisition.

Several factors are important in helping children to integrate information between the senses. For example, synchrony between events in space and time helps to detect and learn them, which researchers call ‘inter-sensory redundancy’ (e.g. a face and a voice). This redundancy also favours the learning of properties that are called “amodal”, i.e. properties of sensory stimuli that are found in all the senses (e.g. intensity of a stimulation).

Babies are sensitive to the synchrony between events. For example, they learn very quickly to recognise their mother’s face because their lips move in sync with the sound of her voice, which they already know.

Helping children to use multisensory information

Accurate conceptualisation of a sensory entity therefore does not rely on a single sense. It almost always relies on the contribution of several sensory attributes.

Take the example of an orange: the shape of the whole and its parts, the colour, the texture of the skin and its smell, the sweet acidic taste, the smell in the mouth, etc

All of these sensory facets, using distinct sensory channels, converge into a much more complete overall idea than we would get from a single sense. As described above, it is by discovering the multi-sensory aspect of things that children can acquire precise and generalisable concepts; and this contributes to the acquisition of words to describe them.

Let us be aware of the importance of using several of their senses simultaneously to have a more precise apprehension of what surrounds them. This is one of the interests of multi-sensory practice, which is at the heart of the mission of “5 senses for kids Foundation”.

How to implement sensory education with your child

It is vital to help develop a newborn’s sensory abilities. The multi-sensory aspect is essential to the understanding of objects and beings.

Because sight and hearing predominate in learning, it is important to show children all the potential of their other senses (touch, olfaction, taste) by using them alone or in combination.

In this way, they can better develop their capacity for analysis and categorisation, which are essential for the development of memory and language.

Let’s take an example: “5 senses for kids Foundation” is a partner of the Cap Enfants sensory daycare centre, which offers to discover different countries through musical journeys

If the theme of the musical journey is Russia, the children will be able to hear the sound of the bear during the sensory activities. They will be able to imitate it and sing a song about bears. Then they will participate in a motor course by imitating the bear’s walk (psychomotor development). The early childhood professionals will have them touch ice cubes to discover the sensation of cold. They will be able to create frescoes around white snowy landscapes with bears walking around.

You can use this example as inspiration for sensory activities. The aim is to provide sensory stimuli that allow your child to develop his or her abilities.

Children are spontaneously curious about different aspects of the world. We can help them effectively if we are involved in these sensory discoveries. Joint attention and interaction between the adult and the child greatly facilitate this learning.

The notion of pleasure plays a key role in sensory awareness. “5 senses for kids Foundation” is particularly keen on this.

The emotional aspect of discovery situations is also important (safety, mutual pleasure, etc.). Often, the more emotionally strong the memories are, the more they are marked in our memory. When the memories of a situation or learning are precise, we remember many details that involve several of our senses. The sensory memory mobilised is associated with emotions of pleasure, disgust, fear, joy..

From a very young age, our senses participate in the elaboration of our emotions, not only to analyse the moment, but also to feed our emotional memory of situations. They therefore play an essential role in our learning about life and in the representation we make of it.

During the relationships and activities we propose to our child, the expressions of emotion we share will also be decoded and integrated by our child, and will be an integral part of his/her construction. The interaction we have with our child and the richness of the interaction contribute to his/her social development. 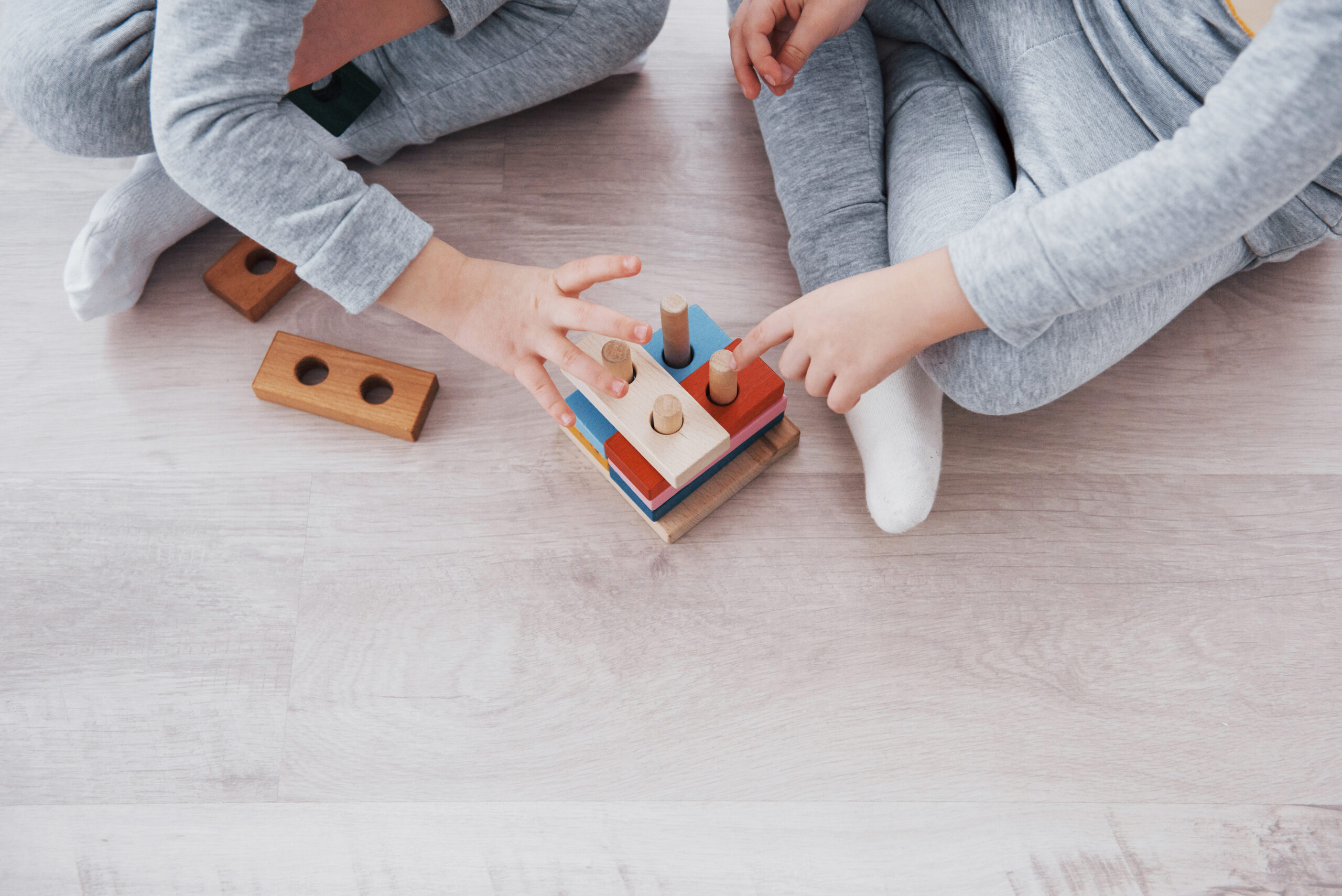 By taking care to respect each child’s rhythm and the pleasure children derive from it, interactions that call upon several of their senses will help them to solicit new neural networks in their brain.

This relationship between activity and consolidation of the underlying neural networks is the basis of all learning. Experience and learning change both the structure of the brain and its functional organisation. This never ceases to amaze us at “5 senses for kids Foundation”!

The brain and the senses

Finally, as described by the psychosociologist Jean Epstein, multisensory interactions must be permanently based on this primordial function of the child, which is the exercise of play, without having as an ulterior motive any desire for exploitation or educational profitability. We simply need to understand that “children do not play to learn, but above all, they learn because they play”!

To help you implement the multi-sensory approach with your child, we suggest activities to actively solicit each sense.